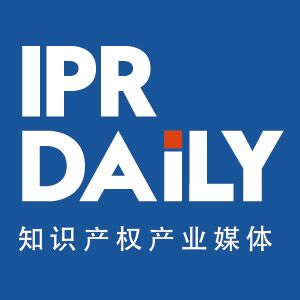 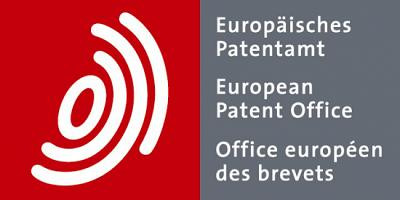 Due to effective measures to improve its productivity, the European Patent Office (EPO) published 96 000 granted patents in 2016, which is 40% more than in 2015 and a new high mark in its history. The EPO's 2016 Annual Report, published today, also shows the Office recorded an unprecedented level of patent filings in 2016, reaching over 296 000, a rise of 6.2% (2015: 279 000). The figure is an indicator of the growing demand for patent protection from businesses worldwide. In addition, the EPO received nearly 160 000 European patent applications (files for which applicants have actually requested a European patent at the EPO), on a par with the record number reached the year before. The 2016 report confirms the positive trend in patent applications over the past five years, while the levelling off in 2016 corrects an exceptional spike in applications from the US in 2015.

Innovating businesses from all over the world continued to file large numbers of European patent applications, with nearly half of all of them originating from the EPO's38 member states. There was strong growth again in applications from China (+24.8%) and from the Republic of Korea (+6.5%), with Chinese applications exceeding ones from the Republic of Korea for the first time. Applications from Japan declined slightly (-1.9%), continuing the trend of the past few years. Patent applications from the US had enjoyed an unusual surge in 2015 (at 42 597) due to the one-off effect of a change in US patent law (America Invents Act of 2013), but have now normalised (back down -5.9%) at 40 076, which is still 9.3% up on 2014 (at 36 668).

The five countries of origin with the largest numbers of European patent applications were the US, Germany, Japan, France and Switzerland.

"The 2016 results confirm Europe's attractiveness as a leading global marketplace for innovation," said EPO President Benoît Battistelli. "In a rapidly changing political and economic landscape, companies from around the world have kept up their demand for patent protection in Europe. While we see impressive growth in applications from Asia, European companies maintain their role as drivers of innovation and economic growth in their home market, and are proving their resilience in the face of unsettled economic conditions." He added: "We have responded to this sustained strong demand for patents by significantly increasing our performance yet again, whilst maintaining best quality standards. These results clearly show that the reforms introduced at the EPO in the past five years are effective and reflect the needs of the European economy."

Despite high patent application volumes originating from other economic regions, the balance in the flow of applications between Asian countries, Europe and the US remains positive for European companies, which is further proof of Europe's innovative potential

Marked differences in patenting activity among European countries were also visible in 2016. Among the larger European economies with higher volumes, Belgium led the board, posting growth of 7% over 2015. Patent applications from Italy (+4.5%) also grew further.

Patent applications from France (-2.5%) dropped, after increases in 2015. The Netherlands (-3.6%) also declined, following growth of 4% the previous year.

Europe's potential in terms of innovation and technology is also highlighted by the number of European patent applications filed relative to a country's population. Switzerland again topped the ranking in 2016, with 892 applications per million inhabitants. Second and third place went to the Netherlands (405) and Sweden (360), followed by Denmark (334) and Finland (331). The first non-European country was again Japan in ninth place (166), which was above the EU average of 122.

Philips filed the most patent applications at the EPO in 2016, the second year running. Huawei was the new No. 2 (moving up from 11th in just three years), followed by Samsung, LG and United Technologies. The top 10 was made up of four companies from Europe, three from the US, two from the Republic of Korea and one from China.

Robert Bosch again headed the list of companies obtaining the largest number of European patents in 2016, followed by LG and Samsung. Among the ten biggest patentees, five were from Europe, two from the US, two from the Republic of Korea and one from China.

A breakdown by category of applicants requesting services from the EPO in 2016 shows that while 66% of them were large companies (down by 3 percentage points over the previous year), 34% were smaller entities (comprising SMEs and individual inventors as well as universities and public research institutes). The result for smaller entities climbed 3 points and means they represent a significant proportion of applicants at the EPO. European SMEs are well represented among them: two thirds (67%) of the applications filed by SMEs and individual inventors originate from the EPO's 38 member states.

Most patents filed in medical technology, strongest growth in electrical machinery and transport

In 2016, European companies led in nine of the ten largest technology sectors in terms of patent applications filed, overtaking US companies in medical technology and remaining behind the US only in computers. This illustrates Europe's balanced patent portfolio, with innovation spread over many fields and not concentrated in just a few areas of technology. Transport is the field with the biggest share of applications originating from Europe; Measurement and organic chemicals are the second and third strongest sectors in that respect.

EPO performance up again in 2016

Thanks to the effects of the reforms put in place in recent years, the EPO has for the second year in a row increased its productivity and achieved significantly higher production in 2016. The number of products delivered by the EPO's patent examiners grew by 8.5% to reach a record total of 396 000 completed patentability searches, substantive examinations and also oppositions (2015: 365 000). Over the past two years, the EPO reduced by 25% its stock of search/examination/oppositions (2014: 19.5 months; 2016: 14.7 months of activity). This enhances transparency on pending patent applications and thus provides greater legal certainty for innovating companies and the public alike.

As a consequence of these improvements, the EPO was also able to publish almost 96 000 granted patents, an increase of 40% over 2015, and the highest number in the history of the EPO. The increase was also partly due to new working practices of expediting grants on applications which are already in good order at an early stage.

To ensure that the high quality of the EPO's work also rises with the greater efficiency of the grant procedure, the EPO routinely collects user feedback. The resultsdemonstrate that there is a high level of satisfaction with EPO products and services.